A Hard Lesson from a Lucky Debtor with Inaccurate Schedules 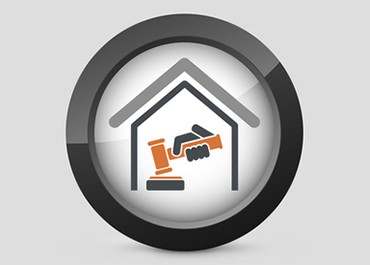 We can’t overemphasize the importance of filing accurate schedules and statements in a bankruptcy case. Regardless of lawyers’ skills, clients must review their schedules carefully before signing them. The recent decision in Crawford v. Franklin Credit Management Corp.1 (“Crawford”) illustrates the dangers of inaccurate schedules and a lucky “escape hatch.”

The Debtor filed a chapter 13 case (the “Case”). Her schedules and statements omitted her fraud claims against a predatory lender (the “Claims”). The Case was dismissed for the Debtor’s failure to pursue it.

Later, the Debtor sued the lender asserting these Claims (the “Action”). The lender moved to dismiss the Action. It claimed that the failure to schedule Claims in the Case left them with the Debtor’s bankruptcy estate and estopped her from asserting them. The district court dismissed the Action, agreeing that the Debtor lacked standing to start the Action because “unscheduled assets can only revest in the Debtor by the operation of law.”2

The Court of Appeals reversed the decision. It found that the district court incorrectly viewed Bankruptcy Code (the “Code”) § 554 (Abandonment of property of the estate) overriding Code § 349 (Effect of dismissal).

Dismissing a case revests the bankruptcy estate’s property “in the entity in which such property was vested immediately before the commencement of the case.” The district court added Code § 554 as preventing that revesting.

Code § 554(c) provides that unless the court orders otherwise “any property scheduled [and] . . . not otherwise administered” when the case is closed “is abandoned to the Debtor and administered . . . .” The district court applied Code § 554(d)’s providing that estate property which is neither abandoned nor administered in the case “remains property of the estate.”3 It saw the bankruptcy estate retaining the unscheduled Claims. So, it found the Debtor lacked standing to assert them in the Action.

The Court of Appeals said Code § 554 “has no applicability after a dismissal.” Code § 349 says that, “unless the bankruptcy court for cause orders otherwise, ‘a dismissal of a case . . . revests the property of the estate in the entity in which such property was vested immediately before the commencement of the case,’” Code § 349(b)(3). “Thus, if the Debtor owned the property prior to the commencement of the 13 bankruptcy case, a dismissal returns that property to the Debtor.”

The Court of Appeals saw Code § 349(b)(3) not distinguishing between assets listed or not listed in the Debtor’s schedules. “[W]hat is re-vested in the immediately pre-petition owner or owners is “the property of the estate.” So, the Claims re-vested with the Debtor who had standing to commence the Action.

The parties agreed judicial estoppel was the form of estoppel the district court considered.4

The Court of Appeals found judicial estoppel not applicable. The Debtor’s schedules in her Case omitted the Claims the Action asserted. However, the bankruptcy court never considered the Debtor’s assets in any decision. So, there was no risk of inconsistent adjudications. Absent risk of inconsistent rulings, the Court of Appeals saw no judicial estoppel.

The Decision’s Potential Limited Use

In contrast, sanctions for recalcitrant chapter 7 Debtors include dismissal or imperiling the Debtor’s discharge. Here, courts do consider Debtors’ assets. The failure to schedule an asset could result in judicial estoppel.

As stated initially, preparing schedules requires diligence. Otherwise, years of cure efforts may be required… with no guaranteed success.