A “Kodak Moment” for Landlords & Tenants 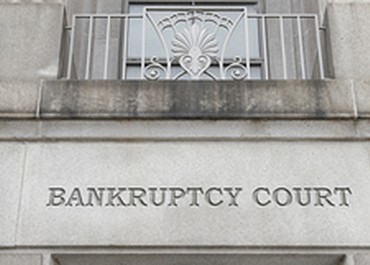 The Power of Bankruptcy Code § 365

Bankruptcy Code (the “Code”) § 365(b) and (f) enable trustees and chapter 11 debtors-in-possession (“Trustees”) to assume (keep) and assign (transfer) unexpired leases of non-residential property (e.g., commercial leases [“Leases”]) to which the debtors were parties before their bankruptcy. This enables Trustees to keep a valuable, below-market Lease for continued operations or profit from its sale.

Code § 365(b)(1) authorizes and states the requirements for Trustees to assume Leases.

a.) assume the Lease; and

b.) have the Lease’s assignee provide adequate assurance of the assignee’s future performance of the Lease.

Code § 365(d)(4)(A) requires Leases’ assumption within 120 days of the “order for relief.” In voluntary bankruptcy cases, that’s 120 days after the case is filed. In involuntary bankruptcy cases, usually, that’s 120 days after the date the bankruptcy court determines that the alleged debtor is generally not paying its debts as they become due. See Code § 303(h). Bankruptcy courts can extend the period to assume up to 210 days from the order of relief without the landlord’s consent. See, Code § 365(d)(4)(B).

Generally, Leases are assumed and assigned simultaneously. Not so in Kodak. Four months after it assumed its Lease, Kodak agreed to assign it to someone else. The landlord objected to the assignment. The landlord argued that Kodak a.) had to assign the Lease when the Lease was assumed; b.) passed the time for assuming the Lease; and c.) was prohibited from assigning the Lease, by its terms.

The Code Permits the Two-Step Process

The bankruptcy court saw the Code lacking the landlord’s suggested obstructions. First, the Code treats assumption and assignment as separate concepts. Next, the Code sets a deadline for assuming Leases, not assigning them. Finally, a two-step process was not unfair to landlords.

We found no decisions referring to Kodak. Its use is left to our imagination. There is the obvious. Chapter 11 debtors-in-possession can delay the assignment of Leases they assume. Thus, they can preserve an asset to profit later. Now, chapter 7 liquidation Trustees can preserve Leases for sale later. This was, depending on the case’s finances, more difficult. Can a chapter 11 debtor assume a Lease and preserve its assignment rights in a plan of reorganization? Can’t say right now.

Landlords! Time to design ways to avoid this two-step process from hurting your bottom line. Can this be prevented when the Lease is assumed? Can adequate protection include a “same tenant” requirement? Can the underlying Lease require profit-sharing when a Lease is assigned?

Stay tuned, or better yet, join the discussion. We’d love to hear your thoughts.