Inherited IRAs are Not Exempt from Creditors in Bankruptcy 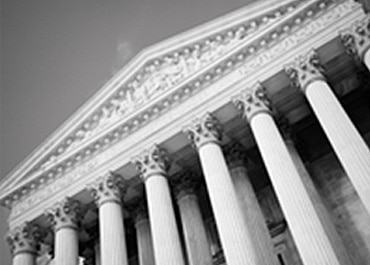 Ms. Clark inherited her mother’s $450,000 IRA in 2001. She filed for bankruptcy relief in 2010 after spending the IRA down to $300,000. Her bankruptcy schedules listed the IRA as exempt from paying her creditors’ claims. Ms. Clark asserted that Bankruptcy Code § 522(b)(3)(C)’s exempting “retirement funds to the extent that those funds are in a fund or account that is exempt from taxation under the Internal Revenue Code…” protected her inherited IRA. Her bankruptcy trustee challenged the asserted exemption. The bankruptcy court granted the trustee’s challenge to the exemption.

The Supreme Court Says No Exemption

Justice Sotomayor said that the Bankruptcy Code doesn’t define the term “retirement funds.” Giving a “plain meaning” to the term, the Court defined “retirement funds” as “sums of money set aside for the day an individual stops working.”

Justice Sotomayor found three reasons that “inherited IRAs” were not set aside for retirement. Unlike regular or Roth IRAs, inherited IRA holders:

A.) may not invest additional money in the account.

B.) must withdraw money from such accounts, regardless of when they’re retiring.

C.) may withdraw the entire account at any time – and for any purpose without penalty.

After considering these differences and the purpose of the Bankruptcy Code’s exemptions, the Court reasoned that nothing prevented or discouraged debtors from using the entire account on luxury items once their bankruptcy case was over. This would convert the Bankruptcy Code’s “fresh start” into a “free pass.”

Forewarned is forearmed. So, consult with anyone you think is making you the death beneficiary of their IRA. Together, you can confer with trust and estate counsel about ways to avoid the problem. Also, the Court recognized a difference between inherited IRAs and inherited IRAs from spouses. Being alert to your rights and options as your spouse’s beneficiary may avoid problems. This is especially important when the surviving spouse is burdened by the deceased spouse’s medical bills.

The decision discusses only the lack of the exemption in bankruptcy cases under federal law. It does not discuss whether inherited IRAs may be exempt from creditors outside of bankruptcy. However, the Court’s rationale makes this unlikely. States’ laws exempting assets from creditors may place exempt inherited IRAs beyond creditors’ reach, despite the Supreme Court’s construction of federal law. An analysis of the operative state’s laws and their interaction with federal law should be conducted before executing that approach to the problem.