Debt Cancellation – From the Frying Pan to the Fire? 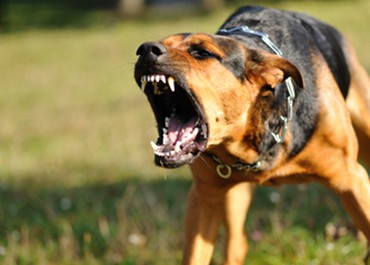 When you’re floundering in debt, having some of it canceled or forgiven sounds great. Be careful. You may be trading a junk-yard dog for Godzilla.

CODI is taxable unless the discharge:

(A) occurs in a bankruptcy case;

(B) occurs when the taxpayer is insolvent;

(C) is of qualified farm indebtedness;

(D) is of qualified real property business debt of anyone other than a C corporation; or

(E) is of debt from a qualified principal residence which occurred-

Unless the debt forgiveness satisfies one of these conditions, a garden-variety creditor was traded for one of the most powerful forces on earth: the IRS. The debt was also converted from one that is dischargeable in bankruptcy into a reduced debt that can only be discharged three years after the related tax return is filed.3

CODI can be thrust on a debtor involuntarily. The creditor merely files a form 1099-C with the IRS and debtor, notifying them of the debt’s cancellation. Oh, what a happy surprise?

Settling with a creditor for less than the amount demanded may be CODI. However, since the amount owed is disputed, the settlement amount may be the amount owed. So, was debt really cancelled? This creates another exception to CODI being taxable: “settlement of a bona fide dispute.”

Settlement agreements’ terms can protect against CODI. Terms should include that the debt was subject to a bona fide dispute and the creditor will not be filing a form 1099-C with the IRS. If you’re a lender, you might not want that provision.

Before attempting a universal deal with creditors, consider whether it’s a realistic goal or delaying the inevitable. If it’s not a realistic goal and you’re pursuing it, nonetheless, you’ll half-invite this disappointment. Debt problems frequently result from poor planning or unrealistic expectations. Don’t let them thwart your efforts to get out of debt.

Also possible is waiting out the three years to make the tax debt dischargeable. This will probably involve a series of dances with creditors to keep them at bay while the CODI tax debt becomes eligible for discharge. You’ll have to decide if the wait is worth it.5 Be careful not to do anything that might bar your discharge.

Frustrated creditors may have a friend in CODI. They could say to an unsuspecting debtor, “settle with me or I’ll cancel the debt, and then you’ll have to deal with the IRS.” This could squeeze out a settlement, or send a borrower to a lawyer.

Like much else, settling debt does not occur in a vacuum. CODI tax is a repercussion which may be avoided. Or, if not avoided, is not a guaranteed “fresh start” killer. Nevertheless, you should be aware of it. You should discuss its impact with any professional assisting you with debt problems.