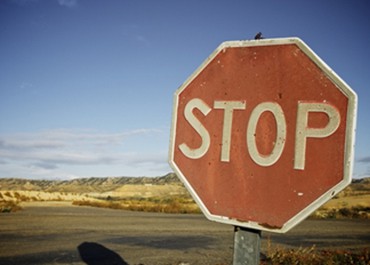 The American Bankruptcy Institute’s (“ABI”) VOLO Project had me synopsize the Second Circuit Court of Appeals’ decision in U.S.A. v. Kerr-McGee Corp. (In re Tronox Inc.).[2]

The sixty-two-page opinion boiled down to two “holdings.”[3] They are:

a.) Claims derived through a debtor are bankruptcy estate property which only a trustee can assert;

b.) A District Court order on a contempt motion which:

1.) enforced an existing injunction; and

2.) made no contempt finding nor sanctions award was not a “final order”[4] subject to immediate appeal.

To some bankruptcy practitioners, the second holding may not be obvious. Yet, it applies an established rule to seemingly new facts. The first holding restated what we already know.

There had to be a lesson somewhere. The court took sixty-two pages to say what we already knew. Then, the facts set in.

The Court knew the decision would have “readers.”[6] It was not just rendering a decision. It was giving a warning.

The district court withheld punishing an obvious contempt. It merely enforced the violated order. The lesson is “if you’re venturing into the bankruptcy realm, better get an experienced scout.” The trip-wire may not be visible, but it’s there nonetheless, and with consequences. The next court may not be so kind, or the circumstances as forgiving.

A second lesson is the rachmones (mercy) defense’s vitality. This case saw an established plaintiffs’ law firm playing in bankruptcy-land. The court made no reference to that firm, ignoring signs that its defendant was touched by a bankruptcy case.[8]

The district court saw that the personal injury plaintiffs felt that they retained an unknown “slice of”[9] claims against the defendant.  It also recognized those claims could be pursued only by their attorneys’ “gamesmanship.”[10]

The plaintiffs’ interference with bankruptcy estate property[11] and violating an ordered injunction[12] was evident. Yet, the district court didn’t punish the 4300 violators and their lawyers. It simply made things as they should be.

Apparently, on its own, the district court invoked rachmuness. It ruled genug!,[13] “enough already!” It simply enforced the original injunction, without penalties. It’s non-final order ended the litigation and obviated further litigation.

A sigh of relief should have been audible. Instead, the appeal ensued.[14] Chutzpah?[15]

In our coffee conversation, Bill Rochelle commended the defendant’s smart lawyering. They enforced the existing injunction. They did not get penalties, attorneys’ fees or a contempt finding. Therefore, it was not a “final order” which could be appealed immediately. This stymied potential years of appellate and trial court litigation.

Bill was right. The attorneys got what the client needed. Satisfying the client’s desires (sanctions and attorneys’ fees) risked years of unwanted litigation. Leading a judge to this result took talent.

Congratulations to the lawyers and their client. Successful “business-litigation” results from emphasizing “business,” not litigation. Lawyers and clients in sync is a beautiful thing.

As always, your comments, questions, and quips are encouraged. Until next time, zei gezunt.[16]