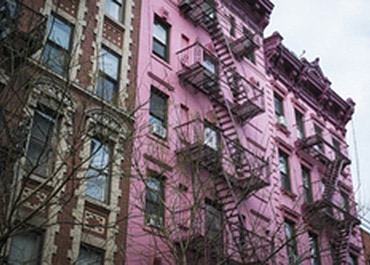 Until recently, New York State residents with rent stabilized apartments risked losing their homes in bankruptcy. This unhappy state ended in the recent decision, In the Matter of Mary Veronica Santiago-Monteverde. etc., (Santiago-Monteverde.”)1 New York State’s highest court ruled that rent stabilized leases are “public assistance benefits” which are unavailable to be converted to cash to pay creditors.

Filing a bankruptcy case creates an “estate” comprised of all the debtor’s property. In chapter 7 cases, a trustee is appointed to administer that estate. Trustees administer cases by selling marketable “non-exempt” assets. The proceeds from those sales are used to pay creditors.

State and federal law designate “exempt assets” as not available for sale to pay creditors. In New York, “exempt assets” include public assistance, retirement accounts, homesteads, and lifeinsurance policies. Exempt assets are returned to debtors to facilitate their “fresh start” after bankruptcy. Leases, generally, are not exempt property.

The debtor in Santiago-Monteverde had a lease subject to New York States’s rent stabilization law. Rent stabilization laws preserve affordable housing for low and middle income residents in New York City.2 These leases have below market rents. Leases with below market rents are valuable and can be sold to willing buyers. The trustee in Santiago-Monteverde sought to sell that debtor’s lease to her landlord, who could then increase rents for the premises.

The debtor opposed the sale. She claimed that her regulated, rent stabilized lease was an exempt asset, as a form of “public assistance.” The bankruptcy court disagreed and permitted the sale to proceed. Through the appeals process, the federal appeals court asked New York State’s highest court whether rent stabilized leases were exempt property. The state court ruled that it was exempt as a form of public assistance. The sale could not proceed.

Santiago-Monteverde removed a huge doubt for many New Yorkers considering bankruptcy relief. Until now, we warned potential bankruptcy clients with rent stabilized leases that while discharging debt, they risked losing their affordable lease. For all, the risk was too great. We appreciated that.

We’d love to know what you think.