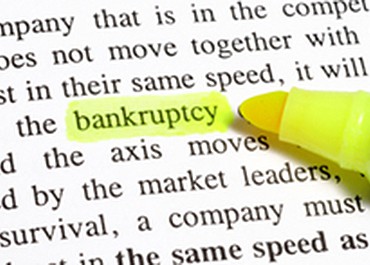 Technical bankruptcy procedure can be fun. So, here goes.

Imagine two bankruptcy cases, involving the same debtor or their affiliate in two different districts (e.g., Delaware and Wyoming). It’s likely that one set of interested parties (e.g., debtors, creditors, regulators) will find one of the venues inconvenient. Often, the second case’s filing responds to the first case’s inconvenient location.

Federal Rule of Bankruptcy Procedure 1014(b) (“Rule 1014(b)”) provides a means for moving the inconvenient case to the preferred location. A motion is filed in the pending first case’s district. That court decides where the case or cases should proceed. It binds all cases involved.

Until December 1, 2014, filing motions under Rule 1014(b) automatically stayed the cases pending in the other districts.1

To read the stay provision of Rule 1014(b) as requiring an automatic stay as soon as the Rule 1014(b) motion is filed would empower a lawyer, without judicial imprimatur, to suddenly end all hopes of reorganization (to put workers out of jobs and countless other unthinkable consequences) simply by filing the Rule 1014 motion in the remote court on the eve of any seminal hearing in the reorganization case.4

We found no court applying this logic for a result other than required by Rule 1014(b). Then, the rules changed.

Beginning December 1, 2014, Rule 1014(b) lacks its “automatic stay.” Citing a need to “clarify when proceedings in the subsequently filed cases are stayed,” Rule 1014(b) now:

. . .requires an order of the court in which the first-filed petition is pending to stay proceedings in the related cases. Requiring a court order to trigger the stay will prevent the disruption of other cases unless there is a judicial determination that this subdivision of the rule applies and that a stay of related cases is needed while the court makes its venue determination.5

The decisions applying old Rule 1014(b) show it did not lack clarity. Instead, Bagel Bros.,’ logic is now the law.

Initially, forewarned is forearmed. Don’t expect Rule 1014(b) motions bringing the same immediate result. The need and propriety of a stay must now be proven. So, for example, responding to an involuntary bankruptcy petition with a voluntary case6 elsewhere and then moving to change venue won’t stop the prior case’s progress7 or deadlines.8

A new rule brings old questions. What will be the standard and criteria to get a Rule 1014(b) stay? New Rule 1014(b) is young. Our guess will require too long a response which is only a guess. So, please share your thoughts and experiences. We’ll keep you abreast.