No RICO, No. – RICO Alternatives 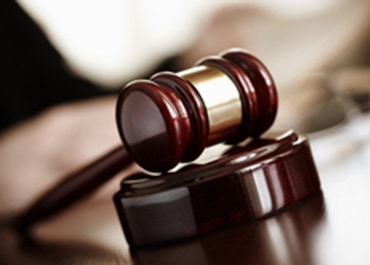 When it comes to business torts, folks like calling their wrongdoers “racketeers.” It’s not just because it sounds evil. Claims under the federal Racketeering and Corrupt Organizations Act, (“RICO”) 18 U.S.C. §1961 et seq, carry treble damages. 1

However, as lethal as RICO sounds, implementing it gives it dubious value. Courts scrutinize RICO claims. One court summarized:

It has been suggested that “the civil provisions of [RICO] are the most misused statutes in the federal corpus of law . . . (“I surmise that every member of the federal bench has before him or her at least one-and possibly more-garden variety fraud or breach of contract cases that some Plaintiff has attempted to transform into a vehicle for treble damages by resort to what [has been] referred to as ‘the litigation equivalent of a thermonuclear device’-a civil RICO suit.”) 2

It warned, “courts must be wary of putative civil RICO claims that are nothing more than sheep masquerading in wolves’ clothing.” 3

RICO claims have technical requirements. 4 Even the best drafted RICO complaints invite motions to dismiss, asserting that the requirements are unmet. If you insist on asserting RICO, anticipate spending tens of thousands of dollars proving that your complaint’s contents assert a RICO claim. That’s just for the right to prove the facts stated in your complaint.

Consider those fees a membership fee for joining the RICO plaintiffs’ club. However, joining the club does not make you a winner. Our experience defending RICO cases results in all or most of the RICO claims being dismissed at the case’s initial stage. Odds are that this is not a club worth joining.

The critique yields the remedy. Many RICO cases are “garden variety fraud or breach of contract cases.” 5 So, “be as you are.” 6

This does not say that RICO alternatives are a “walk in the park.” Anticipate motions to dismiss. However, the pleading requirements for these RICO alternatives are less burdensome. Therefore, defending those motions is less expensive. Plus, a positive outcome is more likely. So, you can proceed to prove your case sooner with a preserved war­chest.

We counsel clients interested in commencing RICO actions. We discuss their claims and the hurdles discussed above. We always remind them that this is about money, not righteous indignation. What’s the objective? Being compensated for as much as possible as soon as possible? Or, the high priced ability to point to the pilloried racketeer. Generally, we find the bragging rights go to the former.