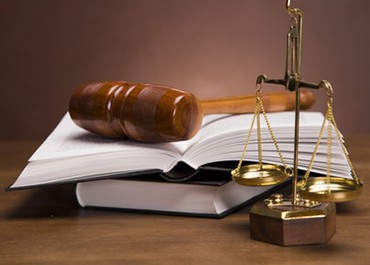 We represent all the players in the debtor-creditor spectrum. So, we’ve developed some perspective. Sometimes the view is disheartening. A concern arises in defending the enforcement of money judgments.

When representing judgment debtors, judges have said to us “this is a federal judgment and it must be paid,” or “it may not be today, it may not be tomorrow, but this judgment will be paid,” or one judge thundered “a judgment should be paid.”[1] These sentiments are echoed in reported decisions.[2]

We also enforce judgments. So, we appreciate what they are. They are the right to use the force of law, to lawfully take a judgment debtor’s available property to pay an established debt. It’s not the right to have the debt paid because the court says you owe it, dammit.

We’ve found that judges ruling in enforcement proceedings for money judgments they issued often show a proprietary interest in those judgments. This plays out in those quotes and a less even-handed application of debtor-creditor law and judgment enforcement remedies.

In contrast, we’ve found judges ruling on enforcement proceedings for money judgments issued by other judges generally apply the law more evenhandedly. There is less of a sense of, “I said you owe the money, pay it.” It’s more “the law offers protections and remedies to both creditors and debtors. Show me what you’re entitled to and you’ll have it. If there are conflicting entitlements, we’ll find a lawful, fair balance.”

This is not critical of judges. A conscious bias is not suggested. This recognizes that judges are human.[3] However, that humanity jeopardizes the right to an impartial court.[4] Plus, there’s an easy remedy for the problem: the judge ruling on enforcement proceedings shouldn’t be the judge that issued the money judgment.

This remedy isn’t hard to implement. Many courts have one judge or magistrate supervising pre-trial proceedings with another trying the case. We’re suggesting a third judge for post-judgment proceedings. That judge is untainted by opinions generated by the facts shown at trial, where the post-trial issues can differ significantly.[5]

We’ve raised this issue with elected officials. No doubt, there are more pressing equal protection issues than this. We also believe that empirical research can define the problem better and maybe reveal other remedies. Again, it’s not an exciting area for academic or policy research.

However, someone may be adventurous enough to raise this constitutional issue in a case or bump into a social scientist with nothing else to do. We’ve lacked the opportunity to do either. If you do, please let us know. We’re happy to help.