A Warning to “Good Guys” 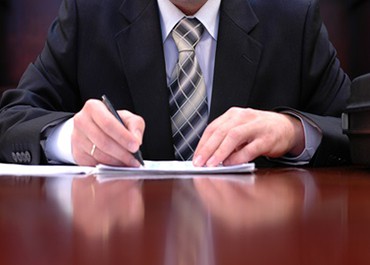 In the 1960’s, New York City’s WMCA radio called itself the “Good Guys.” Today, referring to a “good guy” frequently means a “good guy clause” in a guarantee for a commercial real estate lease. A “good guy clause” generally provides that as long as the tenant: a.) pays its rent through its vacating the premises; b) provides the landlord with advance notice of its leaving, and c.) leaves the premises in good condition, then the guarantor limits their personal liability for the balance of the lease’s rent. This provides landlords with some assurance rent will be paid while the tenant uses the space.[1] The guarantor is usually one or more of the corporate tenant’s investors.

Sounds like a good deal, as long as you’re really a good guy.

We recently represented a landlord where its tenant owed nine months of rent, was on the eve of an eviction judgment, and then filed to reorganize under chapter 11. The tenant had no hope of reorganizing and had to be ordered to pay rent. The restaurant owner had a “good guy” guaranty. By filing the bankruptcy case and remaining delinquent on rent, the owner was no “good guy.” It was also obvious that the owner/guarantor was pocketing the rent money and filing his own bankruptcy case, when the tenant’s case ended.

How is it Not Dischargeable?

A guarantee is a contract. Debts arising from breaches of contract are usually dischargeable in bankruptcy, even if the breach is intentional.[2] However, “aggravating circumstances” can transform a simple breach of contract into a “willful and malicious injury” not dischargeable by Bankruptcy Code 523(a)(6).[3] Aggravating circumstances include intentional injury[4] such as conversion of economic opportunities[5] and intentional failure to return collateral to a secured creditor.[6]

By becoming a “bad guy,” the “good guy” guarantor may no longer be an “honest but unfortunate debtor”[8] eligible to discharge that debt. Think about it and share your thoughts with us. For “good guys” everywhere, forewarned is fore-armed.