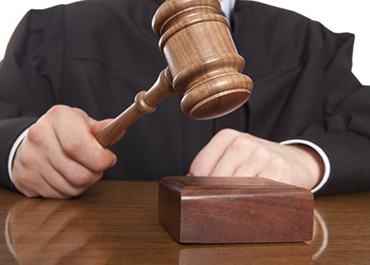 Involuntary bankruptcy petitions may be the nuclear weapon in the commercial debtor-creditor collections arsenal. Like its military counterpart, it devastates. An alleged debtor may be crippled economically, where it was viable before the involuntary petition was filed.

To limit abuse of involuntary petitions, the Bankruptcy Code imposes onerous penalties on petitioning creditors with failing petitions. Those penalties include:

(B) a reasonable attorney’s fee; or against any petitioner that filed the petition in bad faith,1 for –

(a) any damages approximately caused by such filing; or

A creditor can get burned playing with explosives.

The best defense to involuntary petitions may be the petitioning creditors themselves. Generally, petitioning creditors must have claims that are “not contingent as to liability or subject of bona fide dispute as to liability or amount.”3 It’s hard to imagine an alleged commercial debtor who can’t argue “we don’t owe you that” or “we don’t owe you that much.”

The best way to avoid that response is obtaining a judgment. But, if you have a judgment, why pursue an involuntary bankruptcy? You should be helping yourself, not all creditors!4

One approach for determining whether a claim is subject to a “bona fide” dispute is the “reverse summary judgment” standard.5 Using this approach, a court would not grant summary judgment to the claimant on their claim in a regular civil action,6 subject to a bona fide dispute.

Last week the U.S. Court of Appeals for the Second Circuit affirmed a bankruptcy court dismissing an involuntary petition and awarding $315,000 in damages against the petitioning creditors.9 The bankruptcy court withheld punitive damages because it believed the $315,000 award to be example enough.

The bankruptcy court found those petitioning creditors’ claims subject to bona fide disputes. The court saw the already pending “plethora of ongoing litigation,” in other courts and the debtor’s factual showing questioning their involvement in the transaction at issue generating the dispute. The bankruptcy court also concluded that abstaining its jurisdiction10 was proper. The pending litigation regarding the same issues was already progressing in other forums.

Significant here is that damages were granted despite the court abstaining its jurisdiction. Frequently, when cases are dismissed, based on abstention, damages are not granted.11

The Second Circuit affirming the damage award shows that the “abstention” refuge for dismissed involuntary petitioners may be gone. Involuntary petitioners should be doubly sure of their claims and standing before engaging in “kamikaze” collections strategies. The tables of financial embarrassment may get turned.

First, why would a creditor with a judgment pursue an involuntary bankruptcy case? Judgment creditors can enforce their judgment ahead of other creditors. A bankruptcy case forces a debtor’s universe of creditors to share its assets. Voluntarily sharing with other junior creditors lacks business sense, absent other factors.

Creditors like bankruptcy cases because an independent trustee is imposed to marshal and control the debtor’s assets and protect creditor interests.12 That’s great. However, the involuntary petition must first succeed.13

State courts offer creditor protections too. Before filing an involuntary, it’s worthwhile to investigate state law alternatives.14 Some state remedies include imposing receivers on a judgment debtor’s assets. Similarly, when a debtor is fraudulently transferring assets before a judgment is entered, a receiver can be imposed as a pre-judgment remedy. These approaches avoid the risks of an involuntary petition. Plus, they afford those creditors the ability to settle with the debtor without notifying the debtor’s other creditors or obtaining court approval with notice to creditors.15

Involuntary bankruptcy petitions have their place in creditors’ quivers. For self-preservation, creditors need to be careful and judicious in using them.

As always, we’d love to hear your comments and experiences.