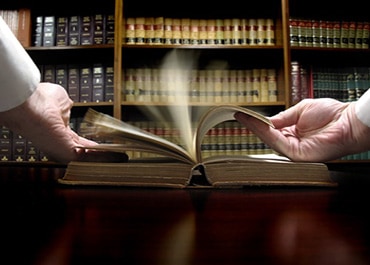 The other day, I had a telephone call with a client; we’ll call him “Slim.” Slim was worried about the impact a venture’s winding up might have on his public image. His concern was that a creditor might blab to the press, which would then show him in a negative light.

Slim is an entrepreneur and, as an entrepreneur, Slim assumes the risk of failing ventures. Most fail. I assume Slim’s reputation is built, in part, on his success. I also assume that his success rate is favorable. Failure’s Positives

Slim should show his project’s demise in its positive light. It was a bold venture that did not achieve its expectations, and bold ventures are what entrepreneurs do. This kind of risk-taking resulted in Slim’s prior venture success and his good reputation. He can relate that this project’s experiences will result in his next venture’s success. As The Kingfish once explained, his success came from good judgment. And his good judgment came from bad experiences.

The public image which must be protected is integrity and good character. Business acumen can be gained, lost and regained. We all make mistakes. However, it’s hard to right a moral compass. A reputation for integrity, once tarnished, takes a long time to restore, if ever. The reputation for being a “right guy” will preserve the ability to find investors and suppliers. Unsecured creditors know the chance they take in doing business. Being candid with them enables them to protect their own ventures and prepare for their own adversity. No one likes unpleasant surprises. The project’s winding-up need not represent a “failure.” It could be seen as an entrepreneur’s experiment proving the “null hypothesis.”[1]

As for negative press, subject to my concerns for character and integrity, I’ll probably subscribe to “I don’t care what the newspapers say about me as long as they spell my name right.”[2] Consider everyone for whom that has worked.

For example: When we file Chapter 11, reorganization cases for clients, we send letters to creditors with the good news. Good news? Yes, we tell them that we found a problem and are actively correcting it. The venture expects to remain in business and pay creditors. Bad news would be, “Sorry, we’re out of business. No payment for old transactions. No income on new ones, either.”

You may not like what’s been said about you. Respond! Correct! Contradict! Only you make that speaker the last word.

Winston Churchill defined success as the ability to go from one failure to the next without losing enthusiasm. That sentiment is an entrepreneur’s core. Take it to heart. The entrepreneur is who’s important. Ventures are how they express themselves. When you’re going through Hell, keep going.[3] When coaching ski racers, my rule is the one who has the most fun wins. Go have fun.

[1] The “null hypothesis” is a proposition that undergoes verification to determine if it should be accepted or rejected in favor of an alternative proposition. See, www.businessdictionary.com
[2] Who said this first is uncertain.
[3] Churchill said that, too.