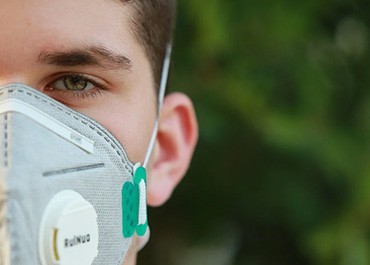 When I was in the fourth grade, our teacher Mrs.[1] Weiner, taught us to be “good citizens.” She did not teach us to be “patriots.”

There are 220,000 American dead from Covid-19 and counting. They have not been included among America’s patriots. Certainly, there are first responders, health professionals and care-givers among them. However, they are not even treated as victims of an American tragedy. They’re treated as “statistics.”[4]

Horribly, there are citizens who refuse to prevent further tragedy by wearing face-masks in public. They are not being good citizens. And, being a good citizen is a lot easier than being a patriot. They are putting their own comfort and convenience ahead of the nation’s well being. They are endangering, themselves, their families and neighbors.[5] That’s unpatriotic.

So, Citizens Unite! Wear face masks in public! Protect yourself and the rest of us. Be a good citizen. You don’t want to piss off Mrs. Weiner.

1 Yes. She was a Mrs., adamantly. But, that was the early 60’s.
2 Freedom of speech. Freedom of worship. Freedom from want. Freedom from fear.
3 The Bill of Rights really contains “privileges and immunities” Territory of Hawaii v. Mankichi, 190 U.S. 197, 217–18, 23 S. Ct. 787, 791, 47 L. Ed. 1016 (1903).
4 When Josef Stalin was Soviet Munitions Commissar attended a meeting concerning a famine in the Ukraine. An official rose to speak about the tragedy of millions dying of hunger. Stalin interrupted him to say: “If only one man dies of hunger, that is a tragedy. If millions die, that’s only statistics.”
5 Some states have laws that prosecute individuals for criminal exposure of another, potentially lethal virus, HIV. There is a parallel.
Previous Post
Next Post
Share This Article